With an extended season AND a new music series!

If you have been a long-time South Shore Macaroni Kid follower, you know that "The Green at Derby Street" is where you could find me most days last summer. Between their Summer Thursday kids programming with amazing events scheduled all summer long and their Beer Garden in partnership with Untold Brewing, Derby Street was the family-friendly place to be. I am so excited that they announced another season will kick off on June 4th, this year for an extended season and a live music series! 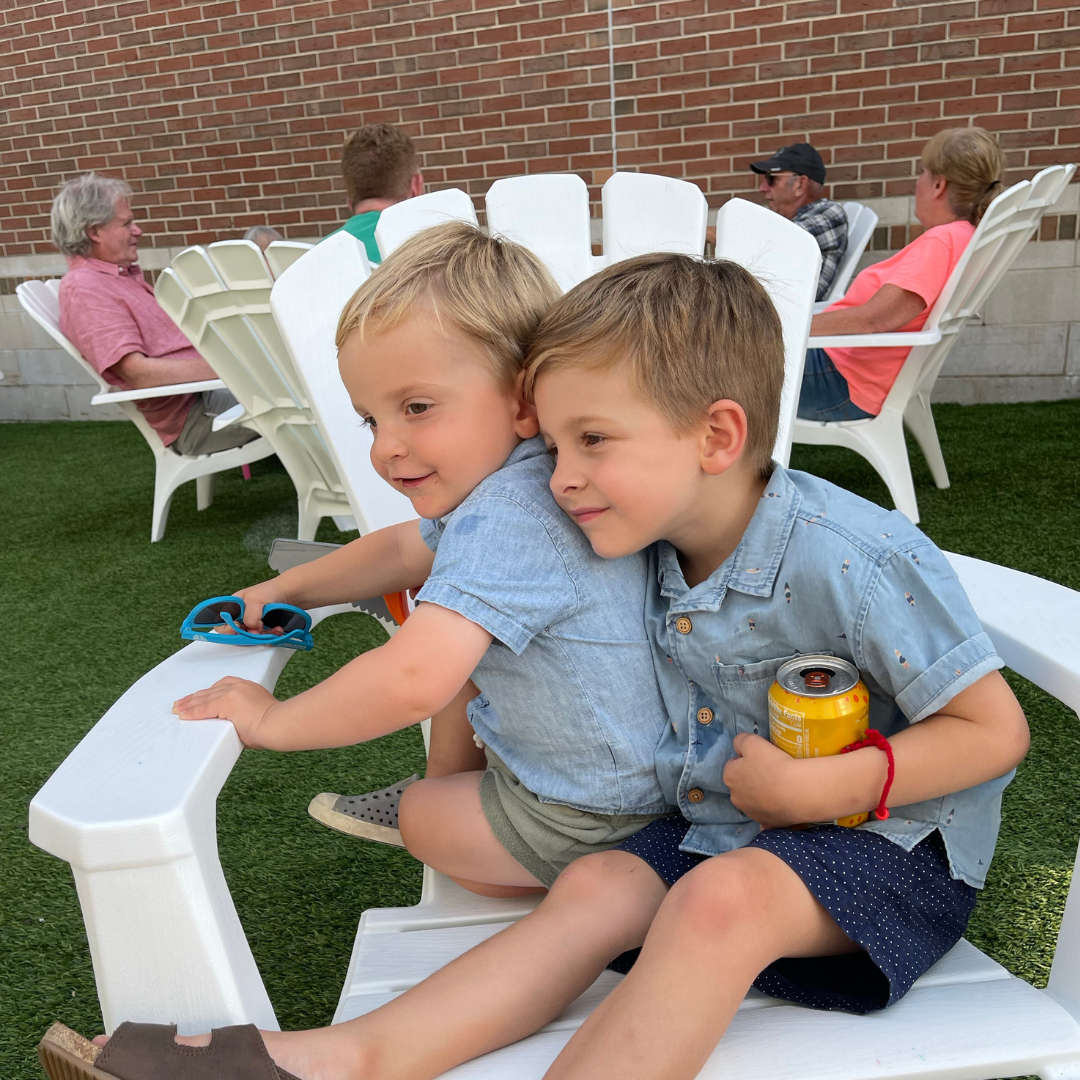 Derby Street Shops and leading South Shore brewery, Untold Brewing, announce the return of Hingham’s popular outdoor beer garden “The Green in Partnership with Untold Brewing,” which will debut for an extended second season on Saturday, June 4th. The family-friendly and dog-friendly space will once again be a community-first destination for great beer, entertainment, special programming and more as well as a new live music series showcasing local musicians. The Green in partnership with Untold Brewing will be open on select Fridays and Saturdays from 2pm to 9pm and will be located outdoors on the green space between REI and Kohl’s.

Kicking off the summer season, The Green in partnership with Untold Brewing will invite guests to enjoy a selection of beer in a variety of styles, still and sparkling wine by the glass, non-alcoholic fruited seltzers and special “tap takeovers” featuring some of Untold Brewing’s well-known brewery friends. Guests will find a mix of comfortable seating options, including picnic tables, Adirondack chairs and new high-tops, lawn games, and design details that make the space truly inviting. With several dining options at Derby Street Shops, guests can conveniently scan a QR code to place an order for pickup and enjoy a meal al fresco.

Adding to the experience, The Green in partnership with Untold Brewing will host several events throughout the season and debut a live music series featuring a lineup of local talent including Kevin Griffin, Mike McHugh, Eric Marcs, Blacktop Strut and DJ Sprino. There will also be new Yappy Hours with Polkadog Bakery, an Oktoberfest event and Derby Street’s fan-favorite Boos & Brews Halloween event later this Fall. The Green’s 2022 dates and a schedule of live music and events can be found at derbystshops.com/untold; more events will be added throughout the season.

“We cannot wait to welcome people back to The Green! Hingham and in particular Derby Street Shops has become our second home, a place where we’ve been able to share our story and introduce our beer to new people from across the South Shore and beyond. In partnership with our friends at Derby Street Shops and WS Development, we’ve built upon the casually elegant, fun, and family-oriented experience that thousands enjoyed last summer with new programs that will make season two even better.” says Mike Dyer, VP and Co-Owner of Untold Brewing

“We are thrilled to welcome Untold Brewing back to the Green for a second year and an even longer season. Untold is so beloved by the South Shore community and based on guest feedback we knew that we wanted to work with them again this summer, and extend their time on The Green through the fall. We’re excited to bring the community even more of what they love with additional programming at the Beer Garden including local live music, family-friendly events, and meaningful community partnerships." says Caroline Hessberg, General Manager of Derby Street Shops.

The Green in partnership with Untold Brewing will be open 2pm to 9pm on select Fridays and Saturdays from June 4th through October 29th. For more information, visit derbystshops.com/untold.

Hope to see you there all summer long!

Welcome to South Shore Macaroni Kid! My name is Christina and I live in Marshfield with my husband and our two boys, 4 and almost 2 years old!